Aapnu Amdavad’s history starts from the 11th century when it was inhabited by Karandev I, the Solanki ruler of Anhilwara. He then had further established a city called Karnavati which was set right on the banks of the river Sabarmati. Solanki further ruled Ahmedabad until the 13th century and thereafter the city was conquered by the Sultanate of Delhi.

In early 15th century, the Muzaffarid dynasty was established in Gujarat. If we look upon to the past traditions, Sultan Ahmed Shah, while camping on the banks of the River Sabarmati, saw a hare who was chasing a dog. This act impressed the Sultan who then decided to locate the capital of his kingdom here and called it Ahmedabad. 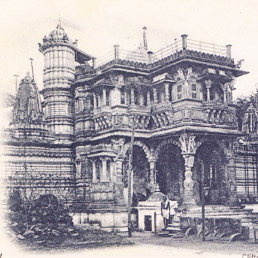 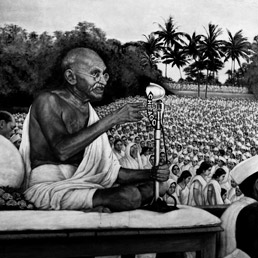 Ahmedabad became the base camp for the Indian freedom movement, When Gandhiji created an Ashram on the bank of the river Sabarmati. He guided his followers to intensify the nationalist activities. In 1930, Gandhi initiated the Salt Satyagraha from Ahmedabad by voicing out from his ashram on the famous Dandi Salt March. The city administration and economic institutions were rendered functionless by the large masses of people who took to the streets in peaceful protests in the early 1930s, and again in 1942 during the Quit India movement. In 1947, India got its independence and the process of reorganization which was initiated by Sardar Patel. Ahmedabad then became the capital of the new state of Gujarat post bifurcation of the State of Mumbai on 1 May 1960. During that period, a large number of educational and research institutions were founded in the city which accommodates the Indian Institute of Management (IIM) and Space Applications Centre of the Indian Space Research Organization (ISRO), making it a major centreof higher education, science and technology. Today, Ahmedabad is famous from various aspects like culture, education, industry and many more to rediscover.

Ahmedabad is known to be the cultural and economical centre of Gujarat and the seventh largest city of India. The people of Ahmedabad commonly refer to the city as Amdavad and strongly and consider to be as "Aapnu Amdavad"

Aapnu Amdavad is running towards gaining the World Hertiage Status and we are Sure it will get this as we Pakko Amdavadis are known to preserve our Heritage and our Culture. 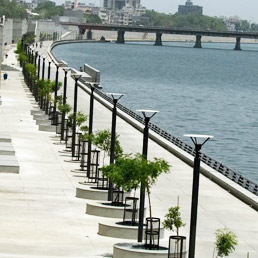